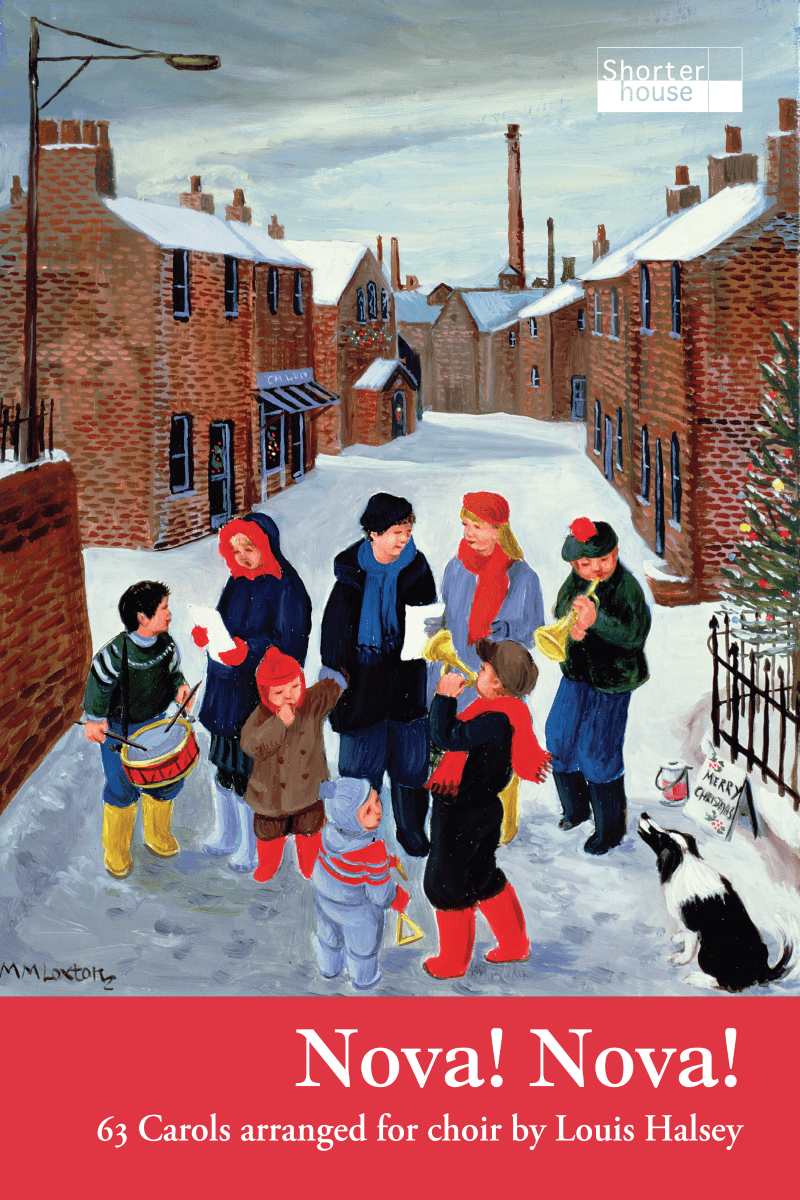 There are many miracles surrounding the story of Christmas but perhaps the greatest one is my conversion from loathing to loving Christmas, very much inspired by the singing of Hertfordshire Chorus.

It has been on the cards for a while that we would like to record a collection of beautiful and well-known carols.  We now have the perfect opportunity!

This year sees the launch of a new carol book, Nova! Nova! with all 63 carols arranged by Louis Halsey.

Louis Halsey (now in his 90s) enjoyed a successful career as a well-known conductor/composer/arranger/producer from the 1950s onwards. His wife, Eve (now sadly deceased) was a lecturer at my Southlands College of Education and gave me my first go at conducting back in 1975.  Their son, Simon Halsey, is one of the world’s foremost choral directors, in charge of many choirs including the London Symphony Chorus and the CBSO Chorus.

The publisher very kindly sent me a complimentary copy and so I wrote to Simon Halsey to thank him.  I also suggested to him that the book’s success would probably depend on the carols being recorded, on the grounds that there is stiff competition and if there was a recording available, it would encourage choirs and conductors to take on the new book.

I heard back from Simon who was very enthusiastic about the idea of a recording – as was Signum Records who have agreed to take on the project.  What I love about Louis Halsey’s arrangements is that they are both tasteful and simple, allowing the beauty of each carol to shine through.  The carols will be performed at various Hertfordshire Chorus concerts at Christmas 2021 – and then in January, we will be recording them.

Some singers in the choir have agreed to ‘sponsor’ a favourite carol, either to celebrate the life of someone close to them or perhaps for someone who has inspired them – or simply because they love it!